Some ecosystems depend on periodic fires. In these fire-adapted areas, fire promotes plant and wildlife diversity and burns away accumulations of live and dead plant material (leaves, branches, and trees).

Ponderosa Pine in the Northwest and Intermountain West

Pitch Pine “Barrens” of the Northeast 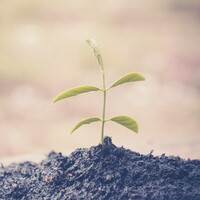 See what happens when fire-dependent ecosystems go without periodic fire.